Recently, United States Senator Richard Blumenthal (D-Conn.), sent a series of questions to NHL Commissioner Gary Bettman regarding the effects of concussions in hockey and the league’s position on C.T.E.  Mr. Bettman’s response, 24-pages long, was filed in the US District Court in Minneapolis as part of the ongoing concussion class action case against the league.  Unbelievably, Mr. Bettman wrote, “The science regarding C.T.E., including on the asserted ‘link’ to concussions that you reference, remains nascent, particularly with respect to what causes C.T.E. and whether it can be diagnosed by specific clinical symptoms.”  Senator Blumenthal’s inquiry came following a round-table discussion with the NFL’s Sr. VP for Health and Safety Policy, Jeff Miller, was asked if there was a link between football and degenerative brain disorders like C.T.E.  Mr. Miller’s response: “The answer to that is certainly, yes.”  While the current settlement with the NFL still remains on appeal and does not require the NFL to admit fault or knowledge of the claims filed against them, the case has brought attention and a greater understanding of the harm and long term effects caused by repeated blows to the head, whether through hits in football or fights in hockey.  More and more administrators, coaches, owners, players and any others involved in sport have begun to look for ways to keep the athletes safer and healthier.  The fact that the Commissioner of the premier hockey league in this country fails to understand these dangers is not only surprising, but disappointing.  We know too much about these dangers and although Locks Law Firm is not involved in the NHL concussion case, we are deeply involved in the case against the NFL.  We have worked hard to bring to light the science and have seen all too many times, the long term consequences of these hits.  Mr. Commissioner, I suggest that rather than worry about the pending lawsuits against your league, you look to the future of it and how to protect those that make the game great – and ultimately ensure you have a job.

To read the article in the NY Times related to this story, and for a link to the full letter filed by the NHL, click here. 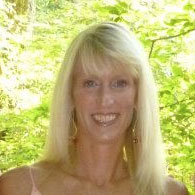 Janet leverages her experience across a wide variety of industries including sports and hospitality in her dual role as the Director of Sports and Athlete Relations, as well as the Director of Human Resources for Locks Law Firm. She works closely with the retired NFL clients while developing and managing the firm’s hiring practices, overseeing the benefits programs and serving on the marketing committee.
July 29, 2016 Janet Lewis

What Took You So Long, America?